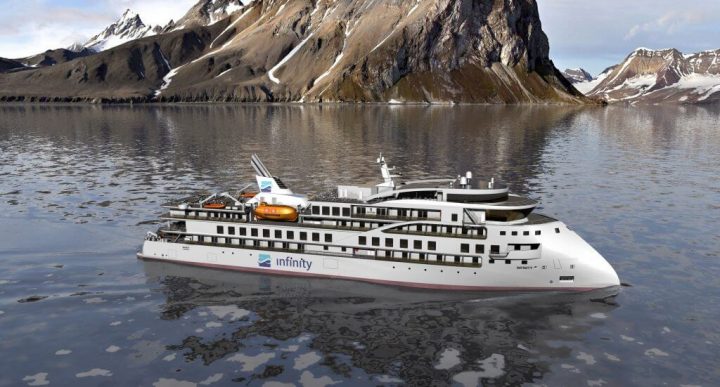 It is with great excitement and pleasure that we can announce the signing of new building orders. Detailed negotiations began early in the year after SunStone had been in contact with more than 60 shipyards worldwide. The field narrowed down to four yards and after many meetings and lengthy negotiations, a Letter of Intent was signed with China Merchants Industry Holdings. These meetings were held over a four-day period in mid-March in the SunStone Miami offices, with a total of more than 20 people between the representatives from the Shipyard, Ulstein Designs & Solutions – Norway, Makinen – Finland, Tillberg – Fort Lauderdale, SunStone Marine Advisors – Miami, Stephensen Harwood – London and SunStone. After four hectic days, starting early and working late, a Framework Agreement was finally signed for an order of four vessels with an option for an additional six. A subsequent meeting was held over a two-day period at the end of April in the Stephensen Harwood’s Paris office with the same participants and resulted in the signing of the final specification for the vessel.

We believe we have entered into a solid contract, which will guarantee first-rate vessels of very high quality with all the possible safety and comfort features of a modern expedition vessel.

The contract was signed between SunStone and China Merchants Industry Holdings; however the integral part of the contract is that CMIH has entered into further contracts with Ulstein Design & Solutions, who will be responsible for the delivery of the entire technical equipment package inclusive of Main Engines, Shafts, Propellers, Air-condition, Toilet Systems and Bridge equipment, etc. This equipment will be sourced by Ulstein in Europe, based on the Makers List approved by SunStone.

Ulstein will then supervise the building of the hull and all technical installations for the vessel. Ulstein has supervised the building of more than 45 vessels in China and has a large organization to take on this task.

From an interior point of view, CMIH also signed agreements with Makinen, Finland, who will be responsible for the delivery and installation supervision of all interior aspects of the ships, e.g., cabins, restaurants, lounges, galleys, bars, etc. The interior design will be done by Tillberg Design, US, who SunStone has used for many years on its existing fleet.

With this close cooperation between CMIH, Ulstein, Makinen and Tillberg, we are certain the end result will be very satisfactory for the owners and charterers.

Aurora Expeditions, Australia announced they have entered into a long-term charter of the first of the INFINITY-class vessels. SunStone will not announce any of the charter employments, as this will be done by the charterers themselves. The first vessel will be delivered in September 2019, and the second vessel is scheduled for a spring 2020 delivery. Thereafter, it is expected that a vessel will be delivered approximately every six months.