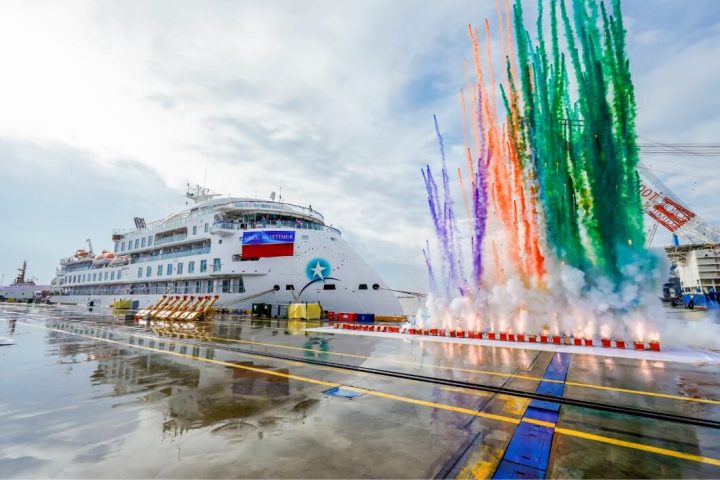 Sunstone Takes Delivery Of The First Vessel In The Infinity Class The M.V. Greg Mortimer

On September 5th, 2019, we were pleased to take delivery of the first vessel in the Infinity Class, the M.V. "Greg Mortimer." This day was long in the making, the result of literally millions of man hours in design, engineering and fabrication. With great anticipation the vessel was christened on September 5th, 2019 to an audience of owners, charterers, shipyard personnel and government officials.

In a massive hall the Christening ceremony of the Greg Mortimer was the event to attend.

Mrs. Caroline Spinelli, wife of Captain Rodolfo Spinelli, was given the honor to become God Mother and name the brand-new vessel. Mrs. Spinelli gave the traditional good luck speech both in Chinese and English before the vessel was Christened with the ceremonial champagne bottle breaking.

In addition to the delivery ceremony of Greg Mortimer, Sunstone was also on hand for the keel laying of vessel 196-3 the “Ocean Victory”.

Ocean Victory will be chartered by both Albatros and American Queen. The keel laying ceremony was started by cutting the ceremonial Pig, followed by placing the traditional coins.

Once we completed the keel laying ceremony for the M.V. Ocean Victory, and still with lots of energy in the team, we proceeded to commence the steel cutting of vessel 196-4 the Ocean Explorer.

The Ocean Explorer will be chartered year-round by Vantage Travel.

When the ceremonies were completed all efforts turned to readying the Greg Mortimer for her
departure. With 15 truckloads of owners and charterers supplies time was critical, from kayak, to food stuffs, the three-day loading went smoothly and on time.

The first cruise of the Greg Mortimer was on 21 October and was a special VIP cruise. Sailing on the cruise were all stake holders including Sunstone Ships, SunStone Marine Advisors, CMI, CMI-L, B.V. CMHI, CMIH, Ulstein, Makinen and Tillberg Design.

Greg Mortimer acting as expedition leader lead the vessels activities which included many landings using zodiacs, kayaks and conducting snorkeling and diving. One of the highlights of the VIP cruise was the visit to the Chinese station (Great Wall Station). 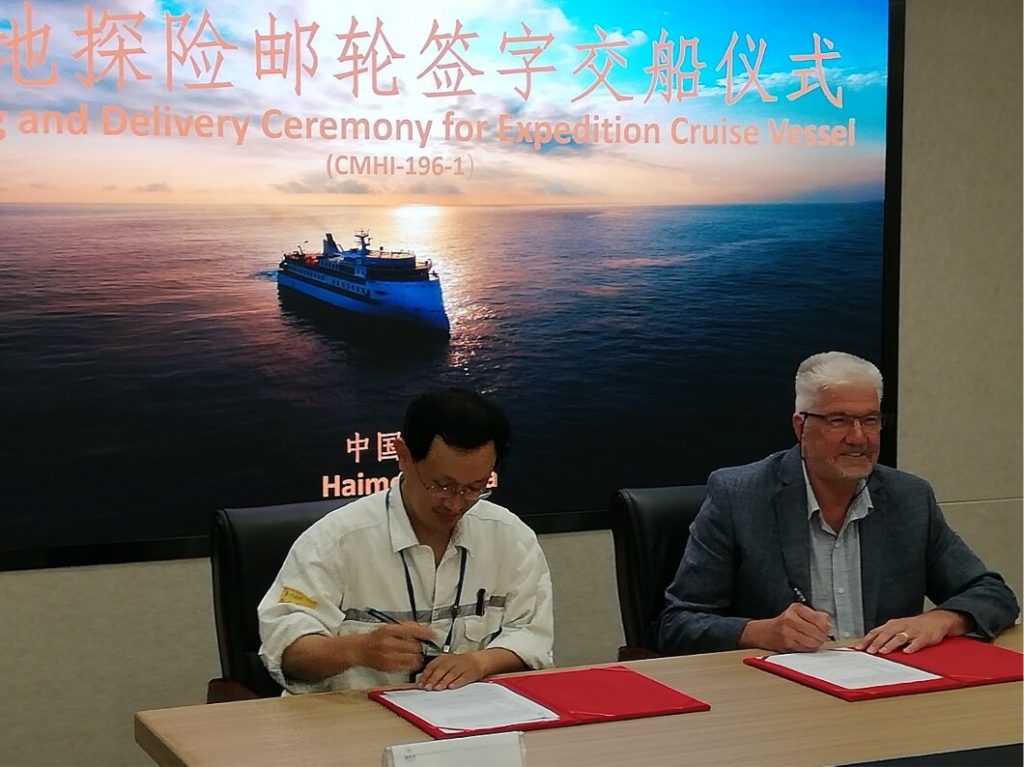 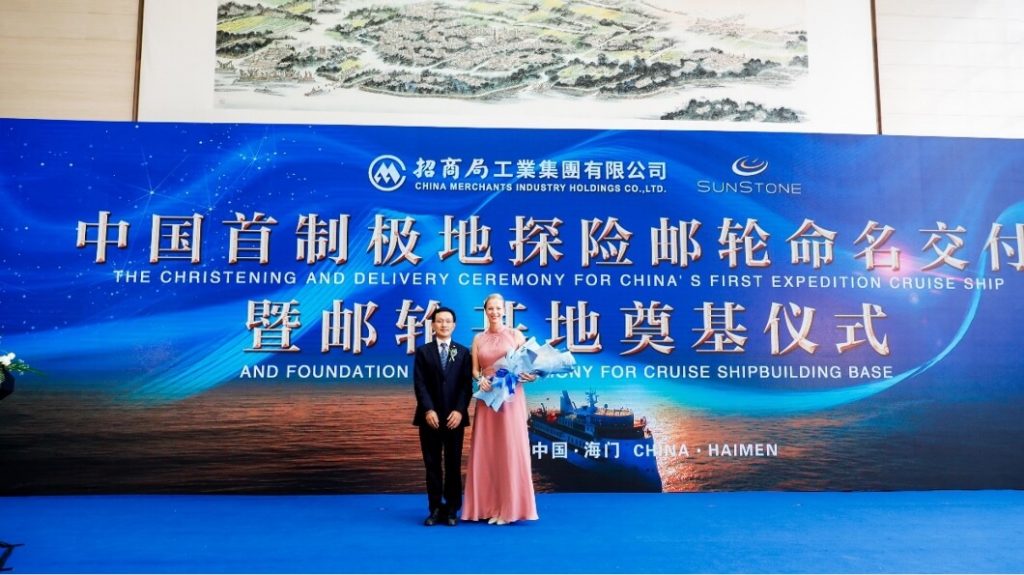 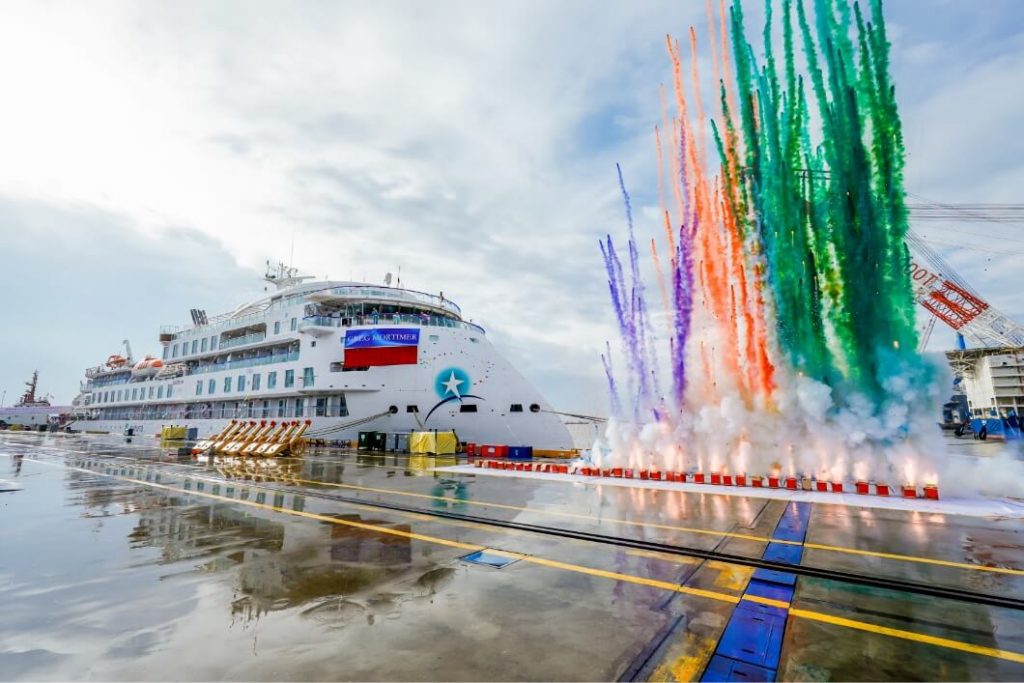 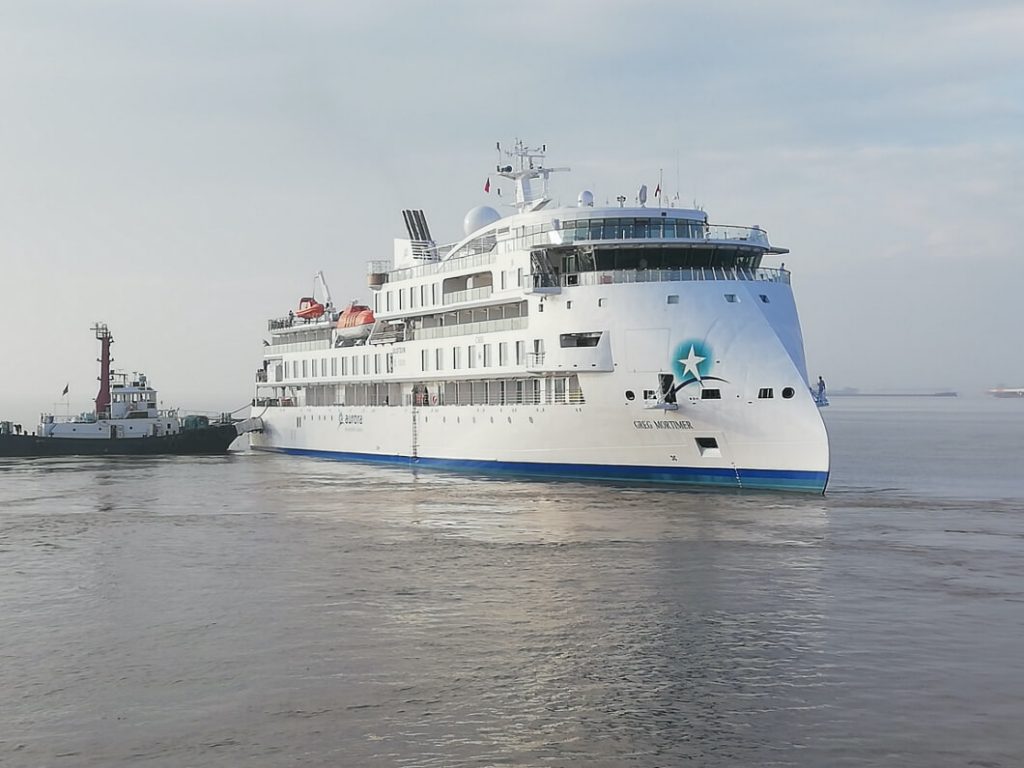 On September 9th and one month early, the Greg Mortimer sails from the CMHI dock, bound for Ushuaia via Cape Town for her first cruise. 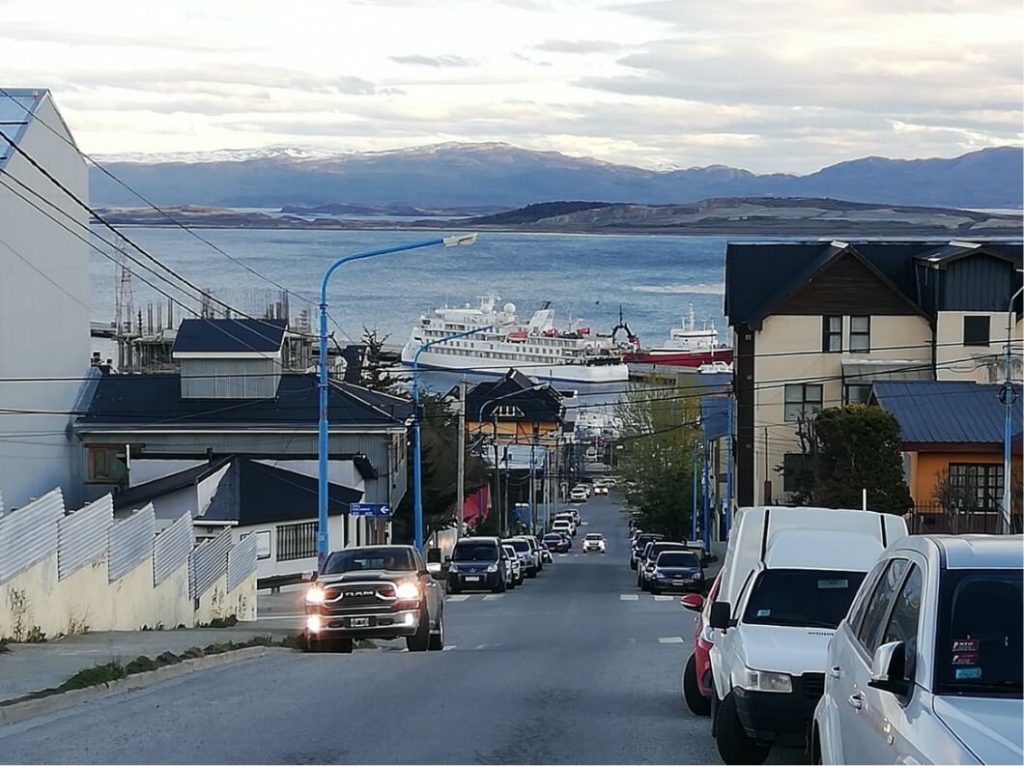 The Greg Mortimer arrives to Ushuaia preparing for her VIP cruise 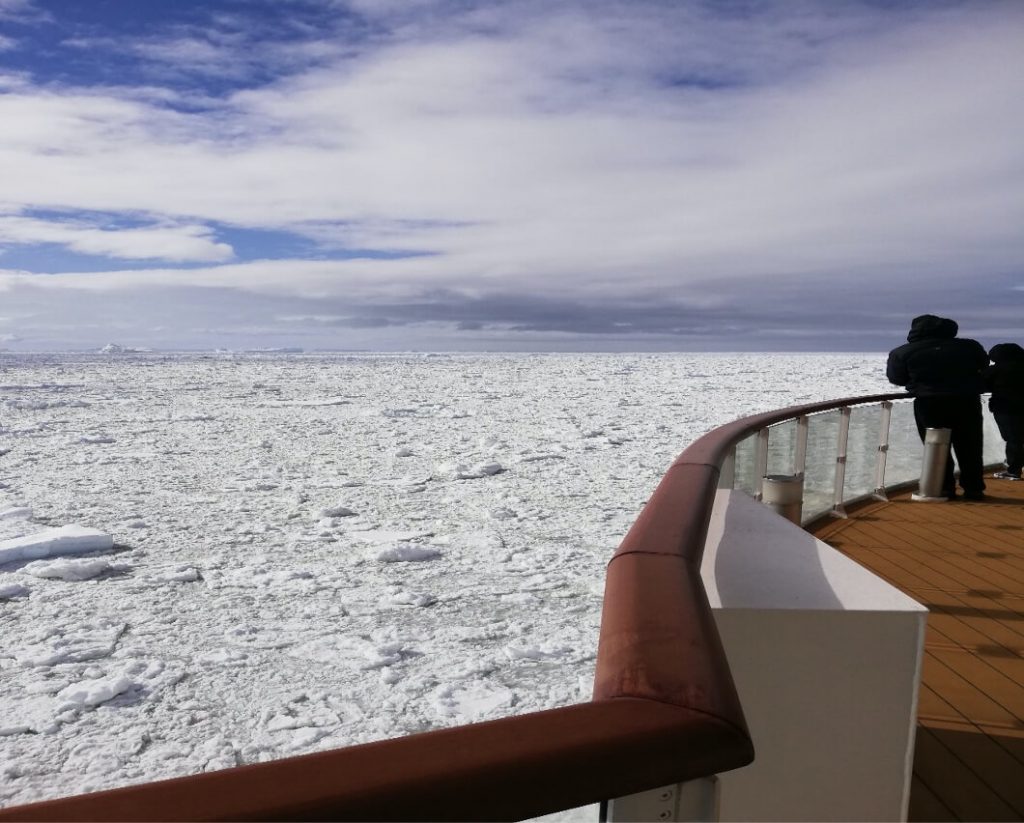 Sailing through an ice field, like a knife the Greg Mortimer cut through the ice with no problem 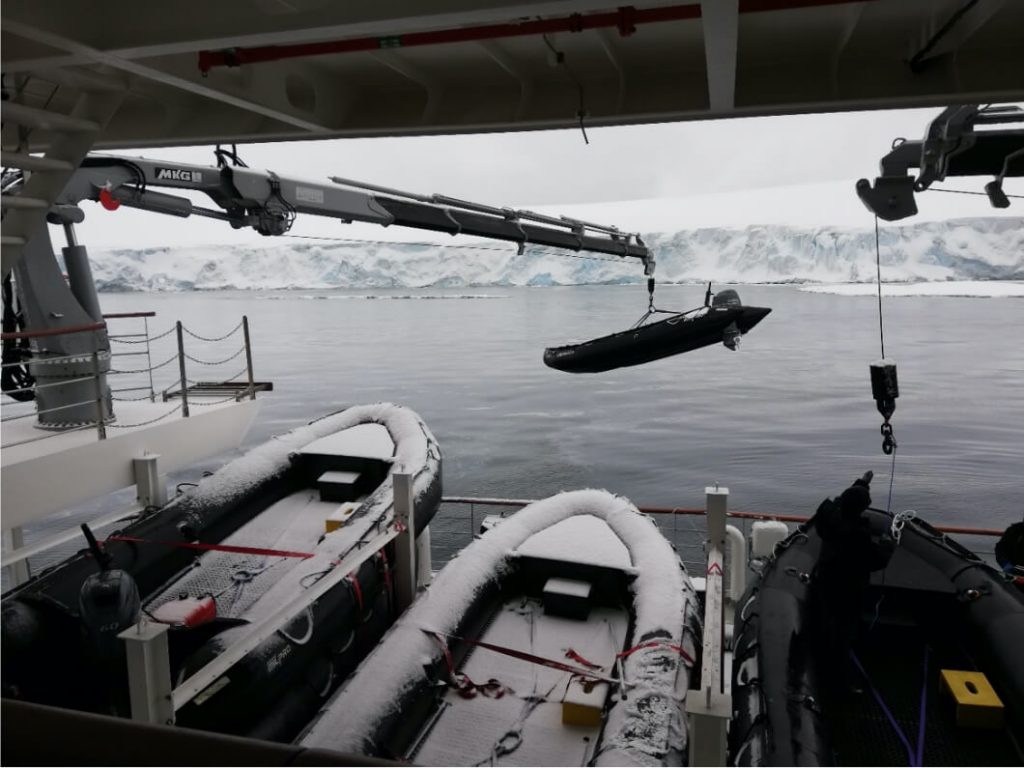 The Greg Mortimer is equipped with 17 zodiacs and is capable in loading passengers from four side doors as well as a stern platform. The above photo is the first deployment of zodiacs in late October 2019 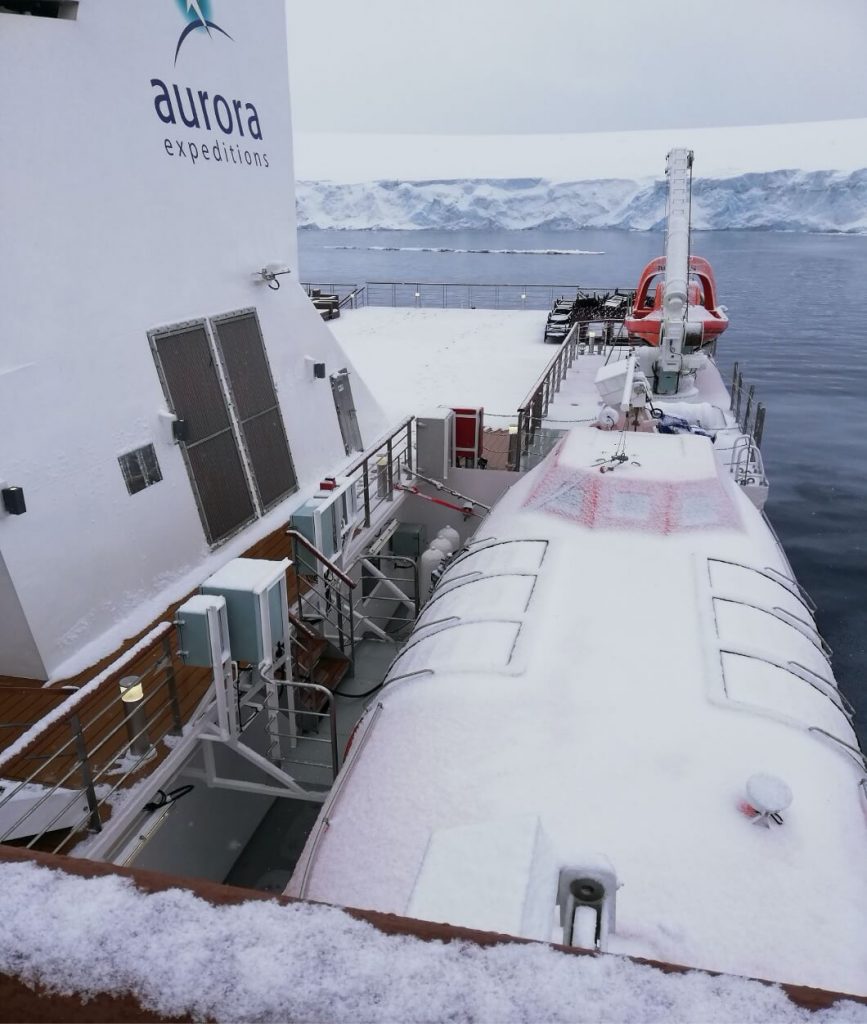 A snowy day in Antarctica 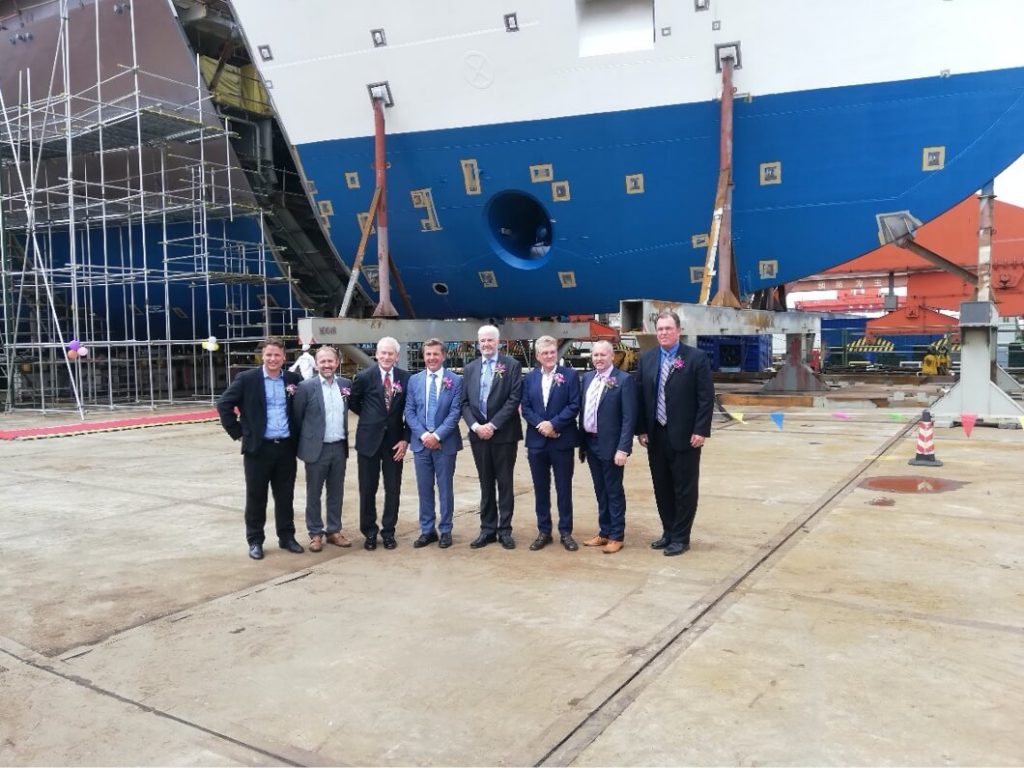 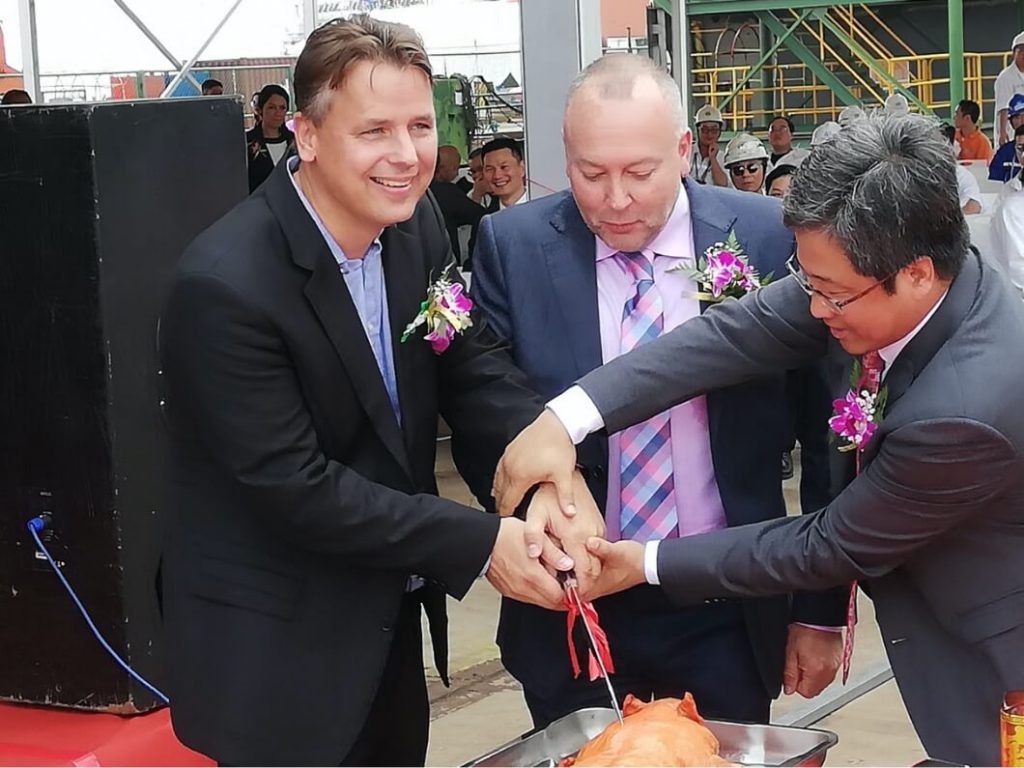 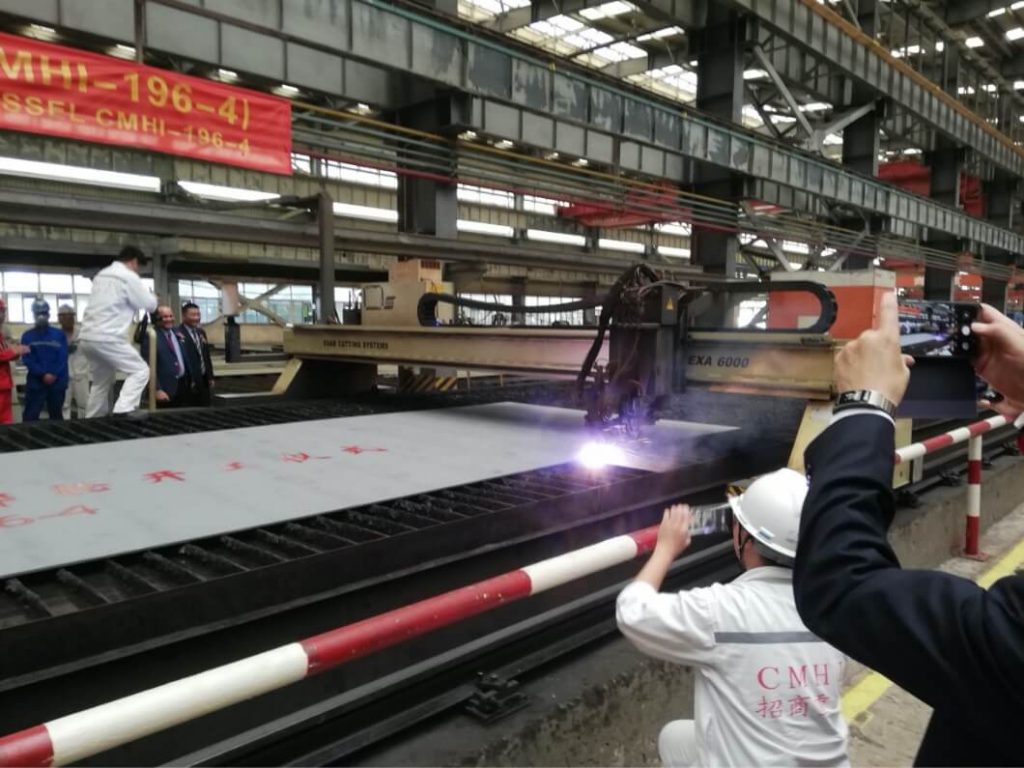