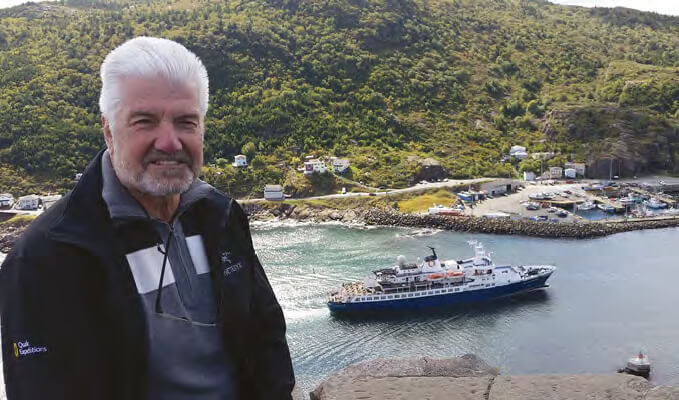 The first six months of 2017 turned out to be very exciting for SunStone; the most important event being the signing of a new building contract with China Merchants Industry Holdings to build four expedition vessels with options for an additional six ships. As most of you might know, for quite a number of years ISP and SunStone have been working on a new building project and it was very satisfying to finally be able to firm up contracts in this regard.

During Spring 2017, we also had several large refurbishments and upgrades within the SunStone fleet and this year will be the year with the highest amount spent on upgrading the fleet. A total in excess of $25 million has been invested with a combination of technical and interior upgrades. The SunStone fleet is now in its best condition ever.

In this issue of the SUNSTONE INSIDER, you will see where several charter contracts have been extended; the financing of three vessels has been arranged; the sale of one vessel was agreed to – which will remain in the fleet, but with new owners; and SunStone formed a new company, SUNSTONE MARINE ADVISORS, whose main purpose is to serve as the supervisory team for the new buildings.

The expedition cruise market is doing better than ever and all our charter clients have had successful years. As a result, there are no second hand vessels available in the expedition market, and we do not expect the SunStone fleet to expand with any second hand expedition vessels. It is expected; however, that the fleet will be expanded with new buildings and potentially with vessels outside the expedition segment.

All vessels now have charter employment and therefore our expectations for the second half of 2017 and into 2018 are very positive.

During the first six months, I also had the pleasure of visiting several of our vessels, and together with my wife, sailed on the OCEAN NOVA on its 10-year anniversary voyage in the Mediterranean. My wife, Annette and I were on board for the first five days of the cruise and would like to thank the Officers, the Crew and our Co-Owners for a great cruise. This was actually my first time sailing on the OCEAN NOVA.

We know that the first six months have been tough on the associated companies, CMI, our Technical Manager, CMIL, our Hotel Concessionaire and on all the Officers and Crew on board the vessels, and especially the ones having had the major upgrades. We would like to thank everyone for ensuring the successful conversions and to ensure that the SunStone fleet is in its best condition ever.

Let us all remember that SunStone and the associated companies, INTEGRITY is non-negotiable and “SUCCESS WITHOUT INTEGRITY IS FAILURE”.